We first wrote an article on crowdfunding a while back; explaining what it is and why it is a growing fundraising tool for grassroots organisations. In recent years more and more charities have been trying their hand at it, and whilst they’ve been having relatively good results, and many meeting their targets, last year, a small charity based on the outskirts of Melbourne set an Australian record for non-profit crowdfunding. And, we’ve had a chat with them and got some inside info that might help your small charity too!

Edgar’s Mission works to rescue, rehabilitate and rehome wherever possible, seeking to create a humane and just world for humans and animals through education, advocacy and empowerment. (We wrote about them once before in a Thank You Thursday piece.)

Their crowdfunding campaign, Raise the Roof, ran in April and May 2014 and exceeded their initial target by more than 300%!

It’s fairly safe to say they did something right. In fact, I think they did a whole lot of things right, so I spoke with their Communications Manager and all-round-everything guy, Kyle Behrend, to get some insights from him and the Edgar’s Mission team into just what they think worked best for them, and what advice they would give to other small charities. Before I get into that, have a watch of the first of their videos for theRaising the Roof appeal: 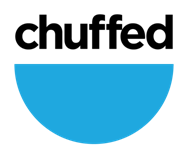 What advice would Kyle give for choosing a crowd funding platform?

“We looked at all the different platforms and lots of them have quite high fees – some from 5%-11%. Chuffed is a non-profit organisation and they have no fees (aside from credit card fees) and they ask for an optional donation from supporters when pledging. We felt that was a great way to support another non-profit and to keep all the funds we raised. Using the chuffed website was really easy so it didn’t take too much time to upload all the information,” Kyle tells us.

“Chuffed are Australian based organisation and they were so great at supporting us throughout the campaign. We reached our target in three days and didn’t know what to do; guidance from the team at Chuffed helped us to rework our plan and make the most of this amazing situation.”

One of the promo pics from the crowd funding campaign

What are Kyle’s top tips for other small charities considering doing a crowd funding campaign?

That’s a whole lot of important and useful tips from Kyle, but for the rest of his key points about their success, including one of the most surprising benefits from running a crowd funding campaign, you’ll have to wait for our follow up post next month.